Our office is currently not open to visitors. We are responding to emails; however, our response times will be affected.  We are operating a limited telephone service for complaints related enquiries. Our Scottish Welfare Fund review service is still available by telephone as normal.  Please read our information for customers and organisations 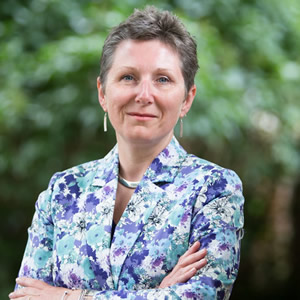 Rosemary Agnew took up the post of Scottish Public Services Ombudsman on 1 May 2017. Immediately prior to this she was the Scottish Information Commissioner (2012-2017).

Since 2001, Rosemary has held various roles in relation to public sector complaints, including with the Scottish Legal Complaints Commission and the Local Government Ombudsman in the UK.

Rosemary is committed to transparent, sustainable improvement in Scottish public services. She sees complaints and what is learned from them as an integral part of the improvement landscape. Equally, she recognises the importance of being the final stage of the complaints process in Scotland for most public services and in ensuring that, where things go wrong for individuals, action is taken to put them right as far as possible.

Niki Maclean joined the Scottish Public Services Ombudsman (SPSO) in August 2005 taking on the role of Director in 2010. Niki has specific responsibility for the Investigatory, Scottish Welfare Fund Review and Corporate Services functions. Her focus during this time has been on developing and professionalising SPSO and other complaint handling bodies in order to drive organisational learning and improvement through the lens of complaints handling. In Scotland, this has included focusing on the impact SPSO has on supporting improvement within the public bodies it works with and investigates through a culture of good complaints handling and getting decisions right first time. More widely, across the UK and Irish ombudsman community, Niki has initiated the development of ombudsman wide industry service standards for the benefit of service users. Niki currently sits on scrutiny forums for monitoring organisation and sector performance in both the health and water sectors.

Prior to the SPSO, Niki worked as a senior HR professional within the field of HR, organisation change and development and training across the public and private sectors including the teaching, health, legal and accountancy professions. Niki has a BSc degree in Genetics, is a qualified member of the Chartered Institute of Personnel and Development, has a Masters in People and Organisation Development and a qualification in adult teaching.

John Stevenson joined the SPSO in April 2007. In 2010 he helped to develop and introduce the functions of the Complaints Standards Authority, which supports public service providers in improving their complaints handling. He now has specific responsibility for SPSO's Communications, Standards, Learning and Improvement functions.

Before joining SPSO, John was an Inspector for the Benefit Fraud Inspectorate, where through inspection and support he worked to improve the way the benefits system was managed by councils and social security agencies across the UK. Prior to his work in the Inspectorate he held a number of management positions in relation to tackling and reducing fraud and error throughout the Department for Work and Pensions.

Site by Champion IS